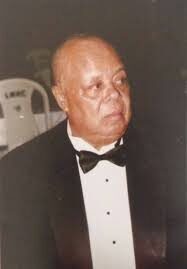 Chief Hope Harriman was born on the 3rd day of January 1933 in Warri to an English father, Arthur Harriman and an Itsekiri mother Madame Mewe Omadeli from the Kperegbeyi family of Ugborodo community. His mother was a descendant of Olu Akengbuwa I through Princess Olunogho Akengbuwa, her paternal great grandmother.

He attended Catholic school in Warri before attending Government College, Ibadan where he excelled. He then went on to Christ College, Cambridge University, 1955-1958, where he studied Land Economy.

Practice Years and being a Businessman

After a brief sojourn in Stevenage, UK, he returned home to practice his craft. Chief Harriman contributed greatly to Lagos urban development at the Lagos Executive Development Board. He was a pioneer professional in post-independence Nigeria.

He was the pioneer President of the Nigerian Institute of Estate Surveyors and Valuers from 1969 to 1975. In the early 1970s, he branched into private practice to make his fortune. In 1973, he became the Vice President of the International Real Estate Federation (FIABCI), the body of the world’s chartered Surveyors. He later became the first Chapter President of the FIABCI, and remained a Fellow of the Royal Institute of Chartered Surveyors. Chief Harriman is rightly regarded as pre-eminent in Nigeria’s Pantheon of Estate Surveyors and Valuers.

He expanded his commercial interests into a variety of fields such as rubber, marine transportation, breweries and oilfield services and remained active in all until his passing. Chief Harriman was a board member of numerous companies, including NDCC, NBTC, Evans Medical Plc. He joined the board of Evans Medical Plc, December 2003.

Chief Harriman was urbane, an avid traveller, an inveterate humourist, a colourful, huge and engaging personality. He was a national statesman and a philanthropist. Interestingly, he remained a courageously outspoken advocate for justice and fairness until the end. This he did through different fora, being an Elder of the South-South, the Patriots, the Itsekiri Leaders of Thought and the Ugborodo Community. He was also a community leader in Benin River, Koko and Okere where he also hailed from.