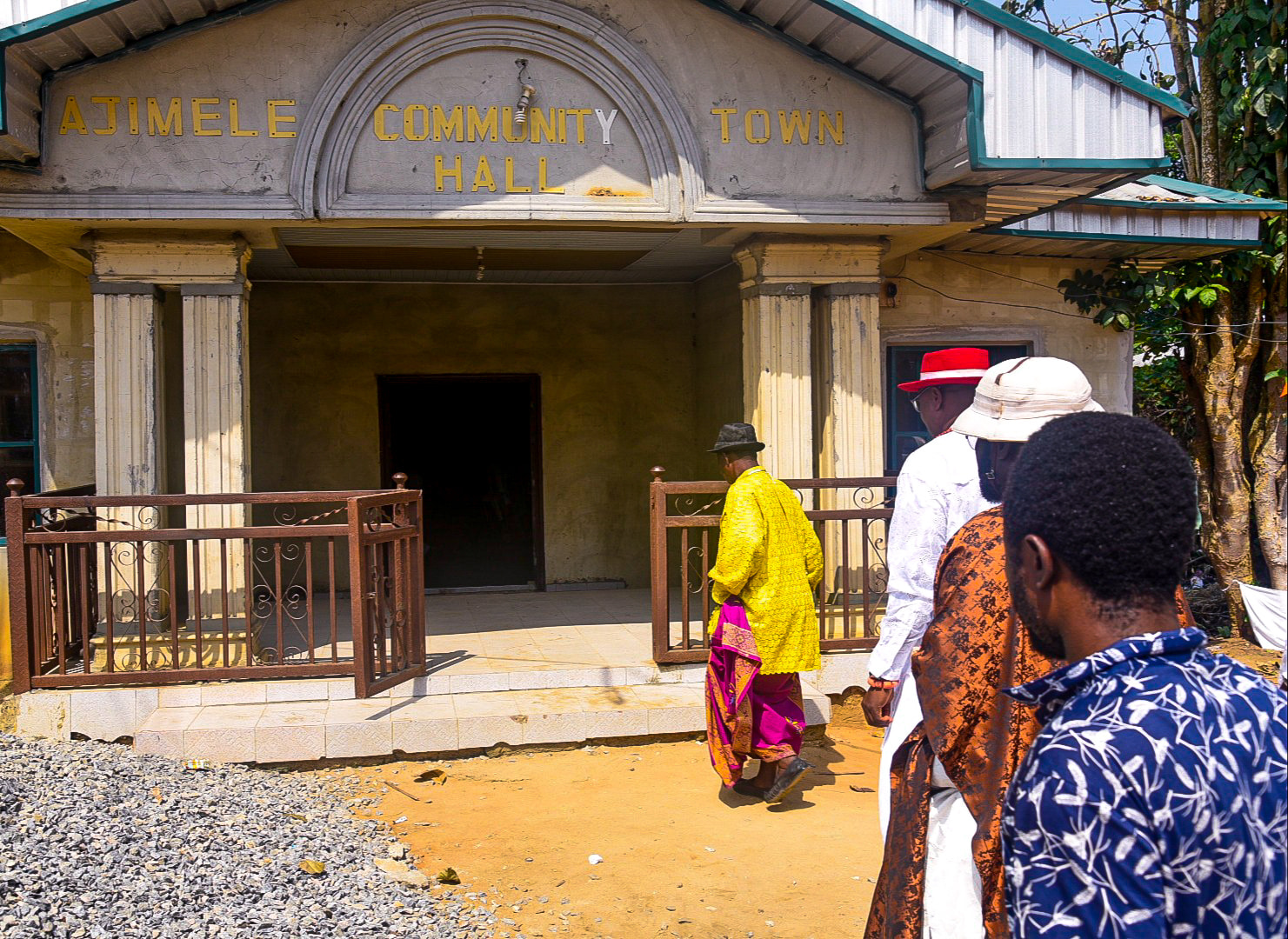 Aja-Imele (Ajimele) is an Itsekiri community in the present Sapele Local Government Area. Other Itsekiri towns are Ugbekoko and Aja-Sagay in the south of Sapele.

Sapele is a small area of land only 510 acres which Dore leased to the British in 1908. The dimension of Sapele stretches from the Waterfront passing through the present Hausa road, running down Ogodo Road, running down Abrahall road(now Oghene road) and ending at ATP.

Aja-Imele is a total different settlement, Mechanic Village had another name, and it was another settlement. So this small area of land which I have delineated is the area of Sapele Township which the British called “one mass of forest in 1898”

Contrary to popular beliefs, Imele was not the wife or girlfriend of Ogodo.

Imele an Itsekiri princess would never have succumbed to marrying a native doctor, or a hunter as Ogodo was described in WACA 1943. Imele was not given land by any Okpe man or clan or group. When Imele got to the land it was an empty mass of bush. When Imele left Bateren and Obaghoro inorder to indulge in the palm oil trade, she saw an empty piece of land which she occupied.

That place she called Aja-Imele after her own name. Much later in life, she decided to visit Efurokpe to bring a doctor to help her catch an animal that was disturbing in Ajimele and environs. It was then he brought Okubor. Okubor was a Bini doctor from NIFOR, he was married to one Anakaja whose father was from Ora, but has a tenuous relationship with Okpe. Hear the tedious genealogy – Orhorho (one of the four brothers that scioned Okpe clan) scioned Orholor.

TO PROVE THAT OGODO COULD NOT GIVE ANY INCH OF LAND TO IMELE, HE OKUBOR THE FATHER OF OGODO DIED AND WAS BURIED IN THE ITSEKIRI VILLAGE OF EWOBODO IN ETHIOPE WEST.

It was Imele who went and brought Ogodo from Ewobodo and Efurokpe axis where he was doctoring. Imele was not the wife or girlfriend of Ogodo, both of them were related and descended from the same Erukamre from the line of Orhue, through five generations of female line.

Ogodo was not Okpe although his descendants through intermarriage can claim Okpe. Imele, too is not Okpe although like Ogodo she has a modicum of Okpe blood. Imele was appointed a warrant chief, a post she gave to her brother. She was very influential. She was married to a white man – Brownwich.

There are documents to prove all this. The truth is, it was Imele who brought Ogodo to the Sapele area and not the other way round. The proof of the grave of Okubor in Ekuobodo (Ethiope West LGA) speaks volumes against the Okpe position.

Imele, founded Aja-Imele without the support or help of Ogodo. She owns her land, which she formed about 1842, during the commencement of the palm oil trade.