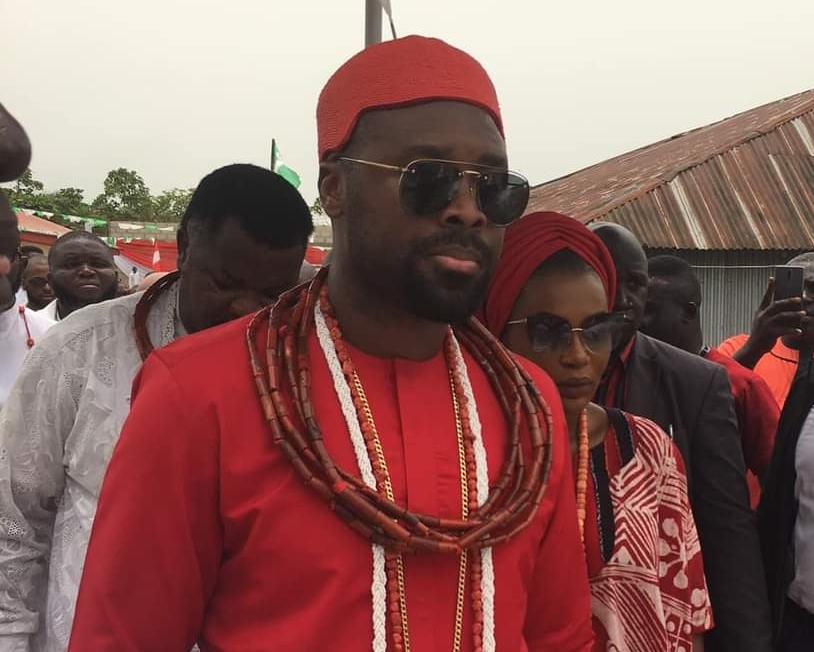 It was a day of spectacle of unadulterated culture as the indigenes of Ureju community rolled out drums to welcome their king with rhythmic dance steps. Ureju is the first riverine community Olu Atuwatse III has taken his royal blessings to since he ascended to the throne of his forebears on August 21, 2021. The visit was significant for the following reasons;

His Majesty, Ogiame Atuwatse III stopped off to inspect the level of work done at the site of the Military Barracks in Obitugbo/Koko community where he had a brief chat with the Army Commanding Officer in Koko Town, Warri North Local Government.

The peoples joy knows no bounds when it was announced that the Billionaire monarch donated the whopping sum of Five Million Naira to the development of Ureju community. Her Majesty, Olori Atuwatse III also out of her benevolence donated the sum of N500, 000 to “Ureju Women Cooperative”.

It would be recalled that the Ghigho Aghofen “also known as The Palace Watch” held at the Palace of the Olu of Warri on December 18, 2021. The event had the oldest Nigerian reigning monarch, the Owhorode of Olomu Kingdom, Richard Layieguen, Ovie Ogoni-Oghoro I, and other Royal Fathers in attendance as the people of Ureju community seized the royal opportunity to showcase their wealth of art, culture and fashion display before the revered monarch. The Ijaws, Urhobos, Binis, Igalas, Yorubas, Hausas also displayed their rich culture and tradition. It was a colourful ceremony.

During the maiden edition of the Ghigho Aghofen, the Monarch stated that he would visit Ureju community being the first aboriginal community that kickstarted the Ghigho Aghofen ceremony before other communities take their turn hence today’s historic visit.