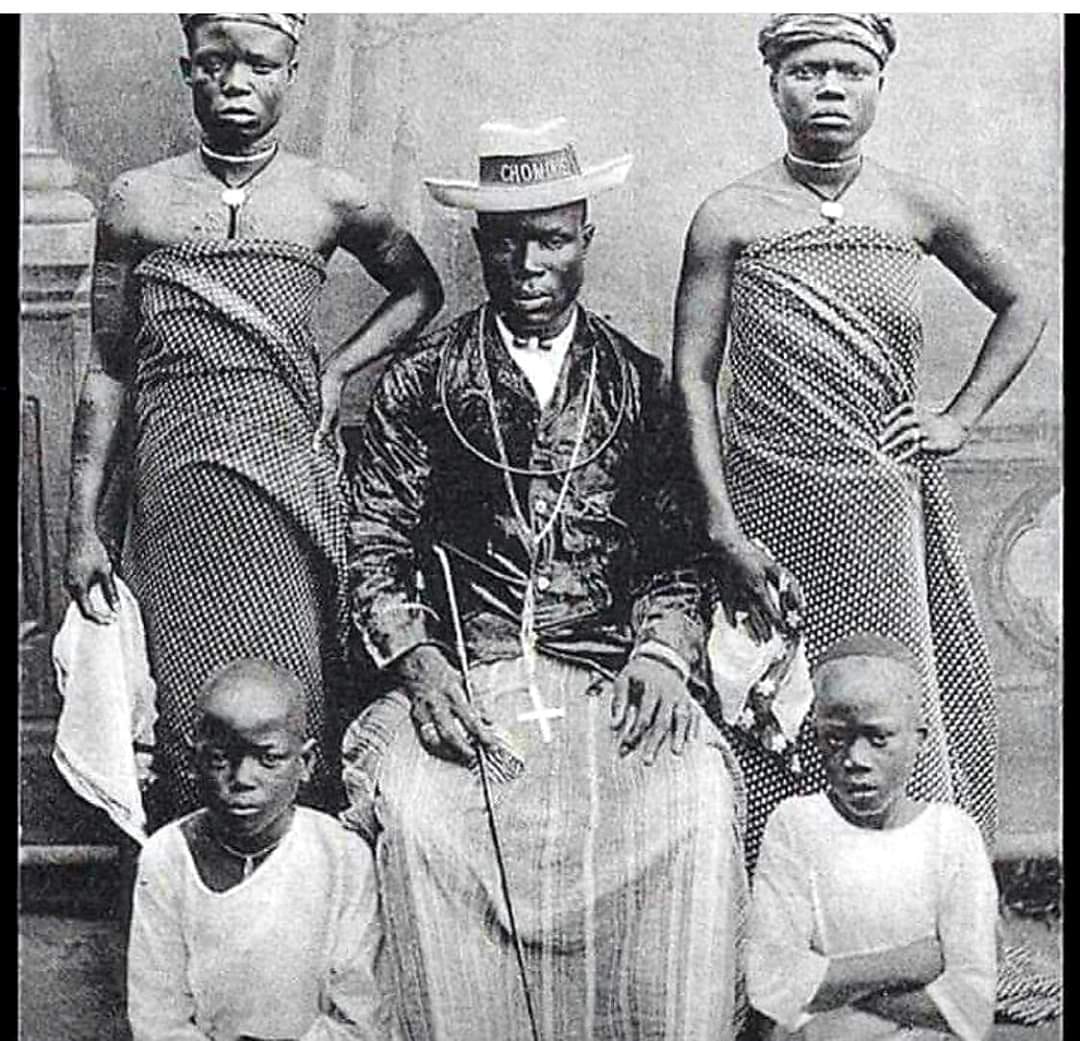 During his early years, Prince Oritsemone lived with his mother in the Ogbe quarter at Ode-Itsekiri, like the other children of Olu Akengbuwa. He was a progressively thinking Prince as he always sought to do things that have never been done in Warri Kingdom. At the height of his wealth, he became the first person in Warri Kingdom to roof his house with tiles.

While Prince Oritsemone was away for a trading trip on behalf of his father, Prince Omateye concluded his plans to destroy the house before Prince Oritsemone would return. Prince Omateye’s excuse for destroying the house was that the house rivalled the Olu’s house and claimed there was a custom forbidden anybody, be it a Prince or Chief from building any house that betters that of the Olu. Everyone could see this was a case of jealousy but he wasn’t interested in any other opinion on the matter.

When the news of the damage done to Prince Oritsemone’s house got to His Highness, Akengbuwa I, he was astonished, and fearing that Prince Oritsemone would wreak a reprisal on Prince Omateye, the Olu ordered that at any time Prince Oritsemone returned to Ode-Itsekiri from his trading posts, he should be met at the fore-shore of Ode-Itsekiri river by some Princes and senior chiefs who were particularly friendly with him.

Prince Oritsemone had to abandon what was left of his house in Ogbe quarter. As if that was not enough, His Highness, Olu Akengbuwa told his courtiers to look for solid forest land in Warri area for a town to be built for Prince Oritsemone. When the site was chosen, the Olu personally went to inspect it and having approved the area, Prince Oritsemone sent his domestic and slaves to clear it of its virgin forest. Thus, Usele was founded, and it had the singular reputation of being the only town in Warri Kingdom on which a reigning Olu stepped his feet.

Prince Oritsemone as a businessman

Prince Oritsemone was a very wealthy prince as he had a flourishing import and export business at the key trading post along the River Warri from where he traded palm oil, kernel and other items.

Thereafter Prince Oritsemone became the owner of the land and rivers in the entire area and had boundaries with Okotomu people to the North and the Omadino and Katu communities in other parts of his land.

Among the trading posts established by Prince Oristemone were Ogunu, Gray, Madangho and Ugbegungun in Gborodo District where he kept several slaves to trade for him. He later made a gift of Madangho to Prince Ogbe Yonwuren. His head slave who took charge of the factory and business at Madangho was one Egeleta, while Abala was in charge of Ugbegungun trading post.

Prince Oritsemone died about 1865 and was survived by about 60 children, most of whom were women.

After the death of Olu Akengbuwa on 14th June 1848, everybody felt that Prince Omateye would succeed him as his elder brother Agbaga who was born to Eyolusan at Bobi before he became the Olu had predeceased his father. While Olu Akengbuwa’s funeral celebrations were still in progress, Prince Omateye suddenly died. Still, there was not much alarm as it was rightly believed that his younger brother Ejo would succeed to the throne, but as the preparation for his installation was going on, he was taken ill and about three months later he also died in 1850.

When the head slaves known in Itsekiri as Oloruko saw that Prince Ejo could not recover from his illness, they held a secret meeting where they resolved that as their lords could not reign due to the unprecedented successive and untimely deaths of the heirs to the throne, they would see to it that no other Prince was crowned the Olu. They planned a total elimination or massacre of the other adult Princes, and these were in order of seniority, Oritsemone (Usele), Agbamu (Ubeji), Ejoki (Ifie), Yonwuren (Ugbuwangue), Ewolufun (Ugbori), Eri, Ogbobiri, Eyimetse (all of Ode-Itsekiri) and Payan (Obodo).

The head-slaves intended to scatter the nation and they were so formidable in wealth and power. Also, most of the princes had no slaves of their own as slavery was abolished after they were born. The slaves they had were shared given to them upon the deaths of some of their wealthy relations. This made it difficult for these Princes to mobilise their slaves to resist the head slaves of Prince Omateye and Prince Ejo.

Leaving Ode-Itsekiri to avoid a bloodbath

The skirmish caused by those head slaves of Princes Omateye and Ejo was responsible for the efflux of a large number of people from Ode-ltsekiri. It was not a civil war or revolution, but the civil disturbance was of such magnitude that there was actual fear of danger to the destruction of life and property.

As the situation was tense and a civil disturbance at Ode-Itsekiri was imminent, Prince Oritsemone decided to act swiftly to counteract any attempt by the head slaves to forfeit the lives of the remaining Princes for the deaths of Princes Omateye and Ejo. This he did by removing all the grown-up male children of Olu Akengbuwa to Usele for safety and protection as he was then the oldest surviving son of the late Olu. Prince Oritsemone secured the Crown Jewels, mantles and other royal regalia and kept them in a secret location in Usele. So Usele played a very prominent role in the history of Warri Kingdom.

Having clearly and safely settled them at Usele, he made sure that the three cannon guns which were placed at the fore-shore of Usele river were fired at regular intervals for over three months to scare off any possible invasion from Ode-Itsekiri by the slaves who had threatened their lives. At this time, lye had fled to Warri and from there, she went through Effurun to Ideghele where she remained until peace was restored at Ode-Itsekiri.

Prince Ortisemone prepared a safe haven for the surviving Princes, namely Yowuren, Ewolufun, Agbamu, Ejo-Oki, Eri, Eyimetse, Panyan and Ikeren at Usele. He took the responsibility of bringing them up until they started their own families. He assisted them in settling where their families are today. Usele is a rightful place of pilgrimage for the descendants of the aforementioned Princes.

On the restoration of peace, it was obvious that they could not remain at Usele indefinitely and with their infinite amount of wealth and goodwill, they had the great urge to found their own settlements. Prince Eri went to his mother’s place at Ugborodo, while Prince Eyimetse returned to Ogbe quarter at Ode-Itsekiri where he raised a family and built his compound. Prince Agbamu went to Ubeji to live with the mother’s family.

The children of Prince Oritsemone are hailed with the Akpuja (appellation) of Yesuo ni Calabar. This title has a meaning which many people may not be aware of and the meaning is that you have to look at the countenance of your host before entering his/her house. I have been informed that this title actually comes from a discussion between Prince Oritsemone and Idibofun of Jakpa.  While on a business trip to Idibofun, Prince Oritsemone heard this title and loved it. As was usual with him, he sought to understand the meaning and Idibofun obliged him. He respectfully requested from Idibofun if he could bear the title to which Idibofun agreed because of his humility. As a sign of respect, Oritsemone agreed to only use the title when Dibofun or his children are not present. If they are present, Oritsemone would use Yesuo.