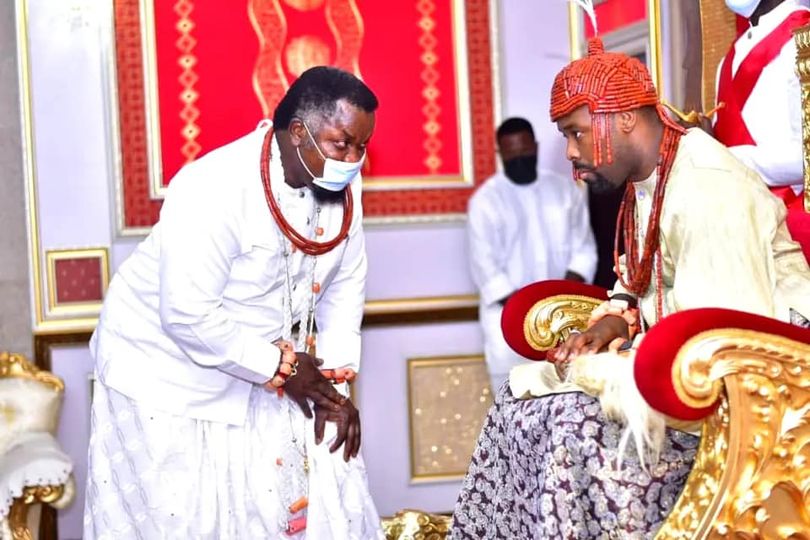 The new Warri Council of Chiefs has Chief Johnson Amatserunleghe (The Iyatsere of Warri Kingdom) as Chairman and Chief Eugene Ikomi (The Olulaye of Warri Kingdom) as Secretary. Ogiame Atuwatse III charged them to promote values of integrity that will showcase Warri kingdom in glowing light. He assured the Chiefs that he will not compromise on matters of the common good of the Itsekiri nation.

The Olu affirmed that he is willing to work with all Itsekiris to move the tribe forward. In his words, Ogiame Atuwatse III stated; “As we have said in our speech on the Coronation day, we really want to work with everybody. I don’t want to fight anybody. We will become a kingdom of laws, there will be a code of conduct. When people come here, they will see dignity in the way as chiefs you carry yourselves.” Speaking further, the Olu said “As chiefs, you are an extension of the Olu. You cannot be seen to be portraying the throne in a negative light”.
Chairman of the newly reconstituted Warri Council of Chiefs, Chief Amatserunleghe (the Iyatsere of Warri Kingdom) thanked Ogiame Atuwatse III for reconstituting the Warri Council of Chiefs. He promised they will work with Ogiame’s vision to build a prosperous Itsekiri Nation.
Tweet