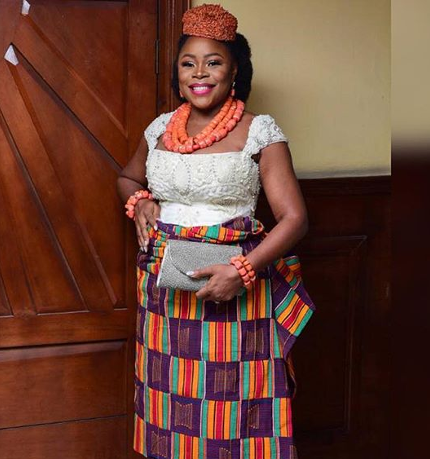 OMAWUMI: An Iwere Amazon
It was yesterday, Wednesday morning – my busiest day of the week, as I was preparing to hit the studio that I saw a notification here. In my usual nature, I would have brushed it aside for later when I would be less busy to know which bombshell has been dropped here early in the morning. There is no gainsaying the fact that we have turned ICG to the West Bank territory where Israeli and Palestinian forces exchange missiles generously.
Seeing that the notification came from a highly respected figure in this Ugbarajo -in the shape of Eworitsemogha Oludare Mabiaku, I couldn’t help but see what it was about. Bang!!!…it was a download link to Omawumi’s latest video -‘Megbele’.
As the sleekest voice on the radio, it is part of my tradition to introduce new songs to my fans on my show – FunRepublic every week. I barely had sat comfortably in the cab when the download was completed. Leaving my headset at home, meant I had to play it out – something I don’t really do but by then, curiosity had almost made me have an orgasm. So, I cared less about the other passengers in the cab and asked the baba-oloko to turn down his fuji music…boom! Omawumi’s trademark intro beat rent the cab. We all know that the first thing that attracts Nigerians to a new song is beat – little attention is paid to the lyrics. See Noyo basking in Euphoria and the authority of a soldier as I kept correcting my new spectators that her name isn’t ‘Omowunmi’ but Omawumi, proudly illustrating with the video that she is Itsekiri. This is also how they have been trying to change my name from MONOYO to ‘Morayo, Monayo, Molayo’ etc.
On the show, I made sure I gave a short but concise history about Iwereland and Omawumi before I played it. Oritse, come and see comments. Tweeps asking how they could download the song which I generously shared. At least, Ilorin would have to gbo small Itsekiri and read about their culturally rich relatives in faraway Delta state for some time. In the video, Omawumi cashed in on the 27th Coronation Anniversary of our revered monarch to document our rich cultural heritage -what better way to sell Iwere culture than in a music video of a popular songstress.
Omawumi has joined a cult of A-list artistes who represent their culture full-blown. Baba Fryo identified with his roots by popularising ‘Oden ren o’. Same as the rave of the moment – Oritsefemi Majemite with ‘San Gbene Dede’. I’m still explaining to fans (with pleasure) what the Musical Taliban meant with that phrase. But like we say in Itsekiri, Omawumi, wo tseyi we o’.
I first encountered Omawumi in 2010 when I was Olaga of NAIS, Uniben. My dedicated editor of our Intellectual Magazine then – Jeminoyo Omatseye had managed to book an appointment with her for an exclusive interview. It was our third edition. The interview team had to recruit me because they feared Omawumi would bamboozle them with Itsekiri. During the interview, mo só gbè but to our astonishment, in a jocular manner, she replied in an original undiluted pidgin: “bros, wish won u nor dey na? Why u won sell ur sista na? I nor dey try for Itsekiri…abeg nor fall my hand, mo bie.”. We all laughed together. If not for her busy schedule, she would have made it to the launch of the colourful magazine which her face adorned. Omawumi exudes a jovial and receptive personality – typical of original Warri girls.
Fast forward to June 2014, Omawumi shocked us in this award-winning video ‘Megbele’ by singing the chorus in Itsekiri -I’m thrilled. The video preaches Itsekiri from start to finish. In a country where minorities are trying to coalesce into larger ethnic groups for economic survival, Omawumi gallantly corrects whoever mispronounces her name or tries to erase her identity as a typical Warri girl. In an oil city where positive inspiration and mentorship is very scarce, Omawumi has given youngsters hope that they can be what they want to be and toll a legitimate path to reaching their dreams.
The video is just four minutes long but the powerful recognition she has attracted to Iwereland with it internationally will last more than four decades in the hearts of people who aren’t familiar with the uniqueness of Itsekiri.
Omawumi, truly, with this historic video, you are an amazon alive…we love you!
Temi mo fo wé…me ba’ghan gbele
MONOYO EDON, writes from Ilorin, Nigeria.
Tweet