Hated for being nonviolent, decorous and law-abiding: The many sins of the Itsekiri Nation 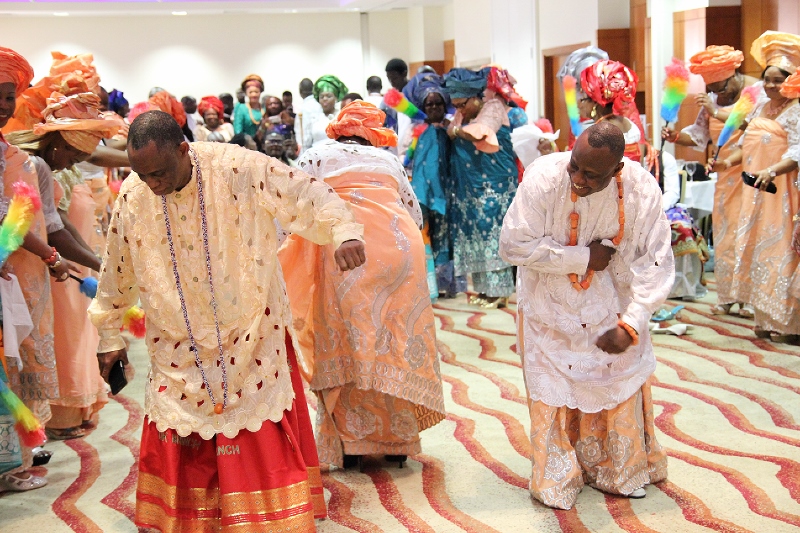 The pomp, pageantry, publicity and worldwide celebration that trailed the ascension and coronation of HRM Ogiamẹ Atuwatse III as the 21st Olu Of Warri Kingdom seem to have hit a nerve in many that are yet to recover from the shock of how the Itsekiri nation could pull through the series of dramas, install a befitting king and has remained peaceful with massive developments in sight.

For various reasons, many celebrated the controversies that erupted from the process and some swore that the Itsekiri nation would experience another interregnum and leadership void, but much to their disappointment, it’s been about 6 months and Ogiamẹ still reigns supreme in Ìwẹrẹ land!

Seeing that their spiteful wishes for the Itsekiri people did not manifest, another agenda was imminent— the long settled battle over the title of the most revered Olu Of Warri.

For decades, the Itsekiri neighbors in Warri have continued to show disapproval, hate and vindictiveness over the title of the Itsekiri monarchy; a matter that was subjected to parliamentary debates with representatives to make their case from all concerned sides, and consequently ruled in favor of the Itsekiris, and also led to the renaming of the defunct Warri Province to Delta Province— a verdict everyone was reportedly satisfied with.

It beats me that about 70 years after, the children and grandchildren of those who said they were satisfied with the decision are now suggesting that they’re wiser than their forebears, hence, would not accept the recognized title of the Itsekiri monarch as the Olu of Warri.

Using legal and parliamentary means to recover and retain a title which is of historical significance and cultural pride to them.

In more recent times, the Itsekiri people have continued to suffer persecution and censure simply borne out of bitterness and hate from their neighbors.

They’ve been called “Land-grabbers”, “Greedy”, “Wicked”, “Arrogant” and all sorts of unprintable names and these neighbors have constantly threatened crisis in Warri should the Itsekiri have their way in any matter of interest— Even the Urhobos too, more recently.

Besides the already settled title of the Itsekiri monarch, the Urhobos of Warri have mentioned two recent events and the role the Itsekiris played as their reason for the continued antagonism, and they are:

Indeed, the itsekiri nation have long taken their stance as regards the aforementioned events and it is one completely backed by the law and other legal instruments, and not sentiments.

After the creation of Warri South & North LGAs from the Old Warri LGA in 1991 by the defunct National Electoral Commission (NECON), Warri south had 10 wards which were divided into 2 state constituencies.

This ward structure was used in conducting elections into the House of Assembly in 1991 and 1999 and it is the only legally recognized electoral arrangement in Warri South.

In 1998, NECON allegedly carried out a re-delineation exercise that resulted in crumbling the existing structure and unduly increasing the electoral strength of the Urhobos to the detriment of the Itsekiri people in their homeland.

The purported 1998 re-delineation birthed the 12 wards arrangement as follows:

From the above, you’ll see that NECON, without any justifiable cause reduced the wards in itsekiri dominated areas by merging them and also sharing them with the Urhobos whilst creating new and homogeneous wards for the Urhobos.

Of course, this was resisted by the leadership [chairman and councilors] of the local government, led by Hon. Joseph Otumara who sued NECON in Suit No. FHC/B/109/97: Mr. Joseph Otumara & 8 others Vs NECON & 4 others as this new structure was illegal and done in disobedience of an existing court order issued in April, 1997.

INEC filed an appeal for the judgement in 2003 and despite the position of the law declaring the 1998 re-delineation wrong, unlawful, null and void, INEC has continued to conduct elections with the illegal 12 wards structure thereby shortchanging the Itsekiris in Warri south. INEC’s appeal was eventually struck out in September, 2018 and the earlier court judgement declaring the 12 wards structure illegal was upheld.

In February, 2019, the Itsekiri National Youth Congress, INYC, led by Comrade Weyinmi Agbas, the Delta state resident electoral commissioner, Dr. Cyril Omoregbe and security agencies entered a Memorandum of Understanding (MoU) with reference no: INEC/DT/AD38.24/556 wherein INEC agreed to do the needful as regards complying with the position of the law in the matter.

In 2020, Dr. Cyril Omoregbe was summoned before the court to explain why INEC should not be charged for contempt and very interestingly, INEC swore via an affidavit that they are complying with the decision.

Asking INEC, a commission created by the powers of the constitution to be independent, free and fair to adhere to a court ruling!

To the second issue raised by the Urhobos of Warri: The opposition to Bernard Okumagba’s nomination as MD, NDDC. As we know, there’s no government agency or parastatal that is created without the legal framework for its operations and management. The case of the interventionist Niger Delta Development Commission (N.D.D.C) is no different as its M.Os are clearly stated in the NDDC act. The appointment of Chief Bernard Okumagba as the NDDC MD contravenes the provisions of section 14 of the NDDC act as it regards appointment based on production quantum in the member states.

The Itsekiris are the highest oil-producing ethnic group in Delta state, and second only trailing to the Ijaws in the whole of Nigeria. It is therefore proper, fair and equitable for the Itsekiri ethnicity to produce the next MD or Chairman. That’s all we’re saying.

Asking the FG to follow the law and guiding principles of an agency they created. The flagrant disobedience of court orders and the rule of law is not in the character of the Itsekiri people neither do they seek to use extrajudicial or desperate means to solve their problems. Unfortunately, it has been the state and Federal government that have continued to reward uncivil behaviors and are complicit in enabling it.

In our today Nigeria and particularly Delta state, only those who show violent tendencies get what they want even if it is at the detriment of someone who own it legally. Itsekiri communities that were invaded, burnt down, illegal occupied and renamed during the Warri crisis are now having full political recognition, even as more are agitating. All of these sacrifices the Itsekiri people have made for peace and development, but the aggressors are not giving up until they completely suppress the Itsekiris – a pipe dream.

The recent publications credited to the Ijaws through the Western zone of the IYC and the Urhobos under the aegis of “Urhobos Of Warri” are not only provocative, but reeks of ungratefulness and attempts to take the benevolence of the Itsekiri people for granted. For the sake of peace and continued coexistence, the Itsekiri people have ceded a vast portion of their territorial integrity and political influence to these neighbors who call them greedy and wicked, but they think that because the Itsekiris are not as populous as they are, they’re not supposed to be more powerful and influential— even though it is your homeland.

They have also been reluctant in ensuring that court judgments they’ve won are enforced and they get what legally belongs to them and it seems this peaceful disposition of the Itsekiri people has gradually become their bane.The Urhobo ethnicity controls and dominate Isoko south, isoko north, Ughelli South, Ughelli North, Ethiope West, Ethiope East, Sapele, Okpe, Uvwie and Udu local governments in Delta state, but they still want to have higher stakes in Warri south LGA. Who’s greedy here??

The Ijaws have Bomadi, Burutu, Patani and still want more of Warri Southwest & North. Who’s selfish??The Itsekiris have countless aboriginal communities in Uvwie, Ethiope West & East, Sapele and Okpe LGAs but have never sorted to control it over its dominant ethnic population. But they’re the ones who are crafty and wicked? Warri is the home of the Itsekiri people; a fact that has been repeatedly upheld and attested to, by both Nigerian and foreign historical records.

The fact that you have a larger migrant population shouldn’t give you the motivation to seek political dominance over the aboriginal people as every attempt to undermine the Itsekiri people in their God-given land would be met with stiff resistance.

The U.N Draft Declaration on the Rights of Indigenous Peoples provides that:

Article 19: Indigenous peoples have the right to participate fully, if they so choose, at all levels of decision-making in matters which may affect their rights, lives and destinies through representatives chosen by themselves in accordance with their own procedures, as well as to maintain and develop their own indigenous decision-making institutions.

With the above, we wish to reiterate our stance as regards the non-negotiability of Warri and we stand firmly by the pronouncement of HRM Ogiamẹ Atuwatse III, The Olu Of Warri Kingdom as our traditional, spiritual and political head.Who wan cry, make e cry!