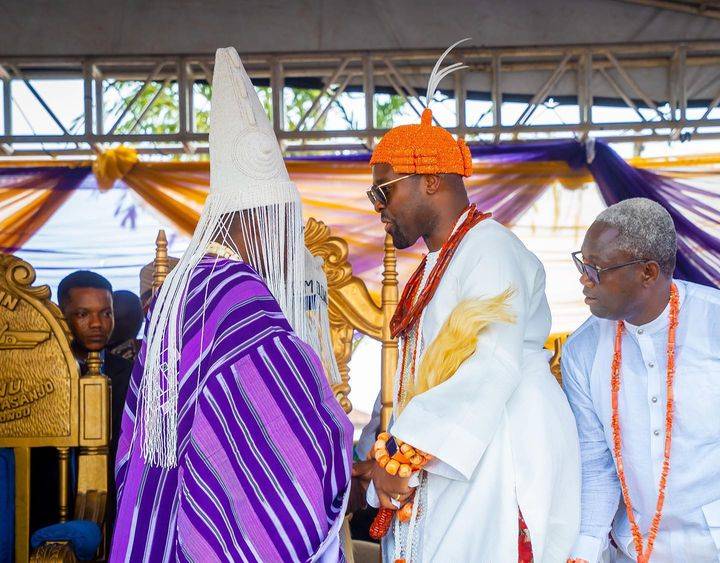 Oko Olaja ti Warri – the Red boat – made its sophomore southward voyage this year 2022 and anchored in the ancient Owu kingdom, Abeokuta. As expected, the panache that effortlessly comes with it was in the air.

At hand to recieve His Majesty Ogiame Atuwatse III CFR, Her Highness Olori Atuwatse III, and entourage were prominent Chiefs of Owu kingdom, the ancestral home of one Nigeria’s most prominent leaders, His Excellency former President Chief Olusegun Obasanjo GCFR.

The event was the official presentation of staff of office to Kabiyesi Oba Professor Saka Matemilola as the Olowu of Owu, by His Excellency Prince Dapo Abiodun, the Executive Governor of Ogun State. The occasion was graced by several total fathers from across the country as well as dignitaries that included Dr. Emmanuel Uduaghan and Dr. Dere Awosika.

There were colours, bright colours of various wardrobe selections, colours of smiles that transcended age, colours of rhythms of drums, colours of cuisines but a united wish of good and wellness for the newly crowned King, His Kingdom and Nigeria.