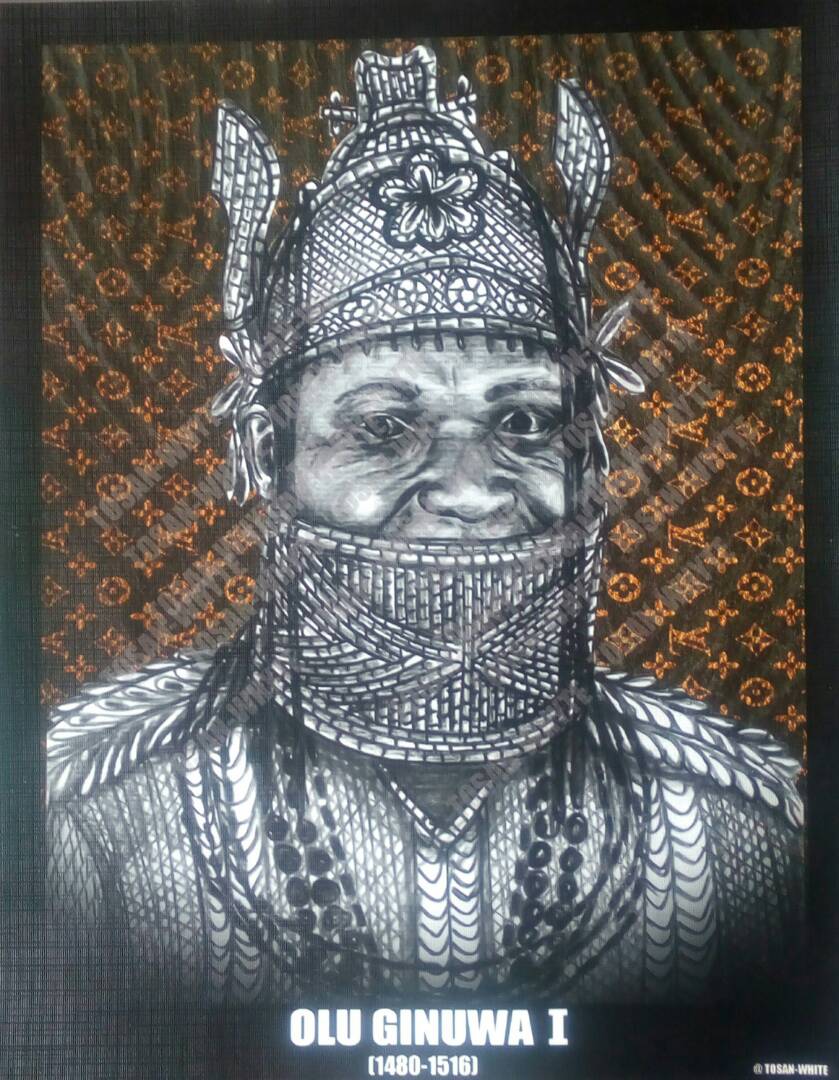 Born around 1445 to Prince Nuwa, the son of Oba Ewuare (1440–1473), the ruler of Benin Kingdom, Prince Ginuwa as he was known then (later Olu Ginuwa I of Warri Kingdom) was the Oldest of two children given birth to for Prince Nuwa (Onuwa/ Oluwa). Olu Ginuwa grew up in the Benin royal court in company of his grand father the Oba and his father Prince Nuwa.

According to Jacob U. Egharevba History of Benin page 21, Prince Nuwa later known as Oba Nuwa was a kind and generous king. He was noted to be one of the most generous kings of Benin. Sometimes he paid the debt of his subjects when he finds out that they can’t afford to pay their debtors. Olu Ginuwa his son on the other hand was a proud and assertive Prince, a trait that made the Benin people to dislike him. Nuwa knowing that the Benin people hated his son decided to send him to rule over his own people in the sea side of the Kingdom.

The Oba summoned a Council meeting of his seventy Chiefs of the kingdom , and told them of his intention to send a sacrifice in an Iroko Box to the water, via Ugharegin, and requested their assistance, by allowing their first born sons to accompany the sacrifice. They all agreed and did as their Oba desired; and on the appointed day, the Iroko Box was conveyed down to Ugharegin, where it was placed on the shore, near the water. Ginuwa planted his staff in  Ugharegin to demarcate his kingdom from that of his father.

According to William Moore account in History Of Itsekiri, the journey was begun about the year A.D. 1480. At that time Benin, Escravos, and Forcados Rivers were very shallow. The journey from Benin City to Ugharegin, through bush paths, occupied three days. Immediately they arrived at Ugharegin, Prince Ginuwa dressed himself up properly as the Oba of Benin, inside the box; and then, by a certain feat of his, the box was opened, and he jumped out, and said in a commanding voice, “You Binis, will you not accompany me to where I am going?” They fell on their faces and did him obeisance, and they all, of one accord, answered, “Master, we will follow you wherever you go.” Olu Ginuwa then ordered them into the box, and they obeyed him.

The box drifted up the river, and the first place where Ginuwa and his party landed was Efurokpe, on the Jamieson River; and there Oyeifo, sister to Ginuwa, remained, as she was expecting the birth of a child: and her time of delivery was at hand.

When Olu Ginuwa left Efurokpe, he was drifted through Arun-owun into the Escravos River (Odoegbere), and at last, settled on the sea bank of Amatu (Aleodiaja) or Dighinni, where he squatted.  According to Oral tradition Ginuwa got to Ureju where he was given a lady by name Orode who gave birth to Prince Ijijen and Irame.

Olu Ginuwa I of Warri Kingdom moved to Oruselemo, where he married an Ijaw woman named Derumo. After several years, stay at Oruselemo, a dispute arose between him and the Ijaws of Gulani, on account of the woman Derumo, who was killed by him. The Ijaws brought war against him and he re-moved with the help of Idibie, the great doctor, he asked Idibie to assist him in seeking for a much safer land whereon to dwell. Idibie, after consulting his oracle, gave Ginuwa the assistance requested, and piloted the party to the land which Ginuwa called Ijala, and where they built a town and dwelt. It was at this place, Ijala, that the Portuguese first met with Olu Ginuwa, about the year A.D. 1516 shortly before he passed away.