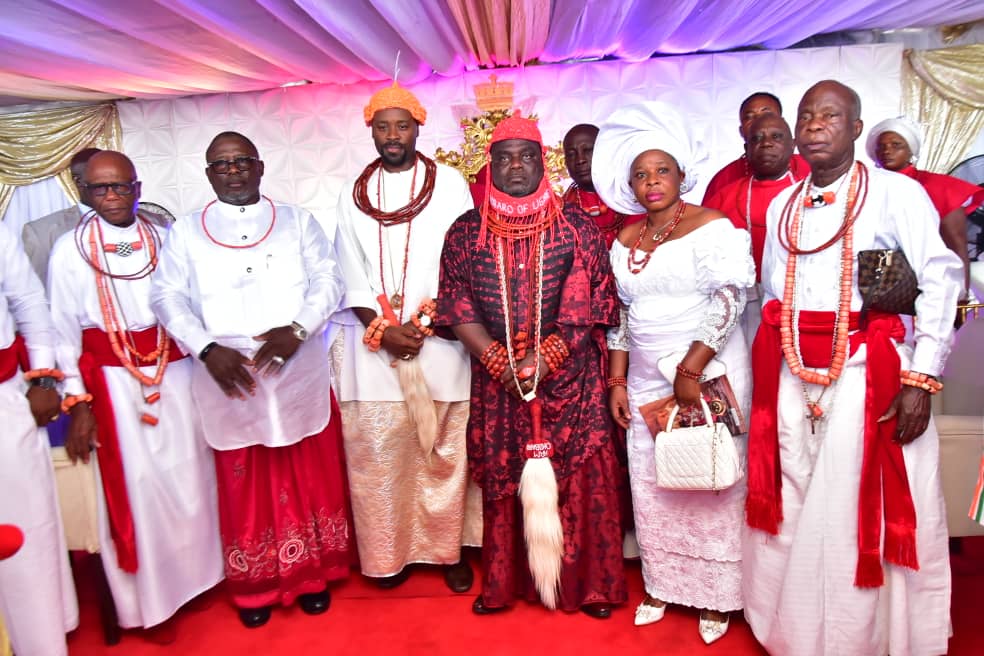 Inorin community has been watching over the palace in the last 3 months when they took over the responsibilities of Ghigho Aghofen from Ureju community on the 26th of March, 2022. It will be recalled that Ogiame Atuwatse III visited Inorin community on the 18th of June 2022 as part of his promise to visit each community responsible for the Ghigho Aghofen. Ogiame Atuwatse III was accompanied into the venue by HRM Matthew Ediri Egbi JP, Owahwa 11, Okobaro of Ughievwen Kingdom.

The 1st edition of Ghigho Aghofen saw Ureju community being in the Palace from December 2021 to March 2022. With the 3rd edition of Ghigho Aghofen, Omadino community, which is part of the five aboriginal communities that makes up Warri Kingdom will be in the Palace from now until September 2022. This is to enable His Majesty, Ogiame Atuwatse III to focus on the community and build a robust relationship with the community to understand their pains and issues, including finding ways to solve these issues.

“I thank Omadino community for coming in large numbers. I want to use this opportunity to preach peace and unity because there is a lot that is being spoken about the community. Let me remind you that you have a unique opportunity to start again in your community. So a line must be drawn. Many people may feel a sense of indictment and frustration. I appeal to all of you to put those sentiments away and start doing things right. Omadino is a too important community for there to be division and fight”.

“You are on duty till Sept. 24. You will also be on duty when we mark our first coronation anniversary. Hopefully, before the time lapses, we will come to Omadino. We want to see that the factions are dissolved and embrace peace”.

Ogiame said that there was much to achieve with unity, with special reference to Itsekiri Trust Fund.

“As much as possible, we will re-organise ourselves as Itsekiris. We have to exhibit excellence,” he said.

The royal father also thanked Inorin community, the immediate past Ghigho Aghofen (Palace Watch) for doing a great job in the past three months.

Ogiame also thanked the various ethnic nationalities that came to identify with the palace and prayed God to continue to promote peace among them.

“We will enjoy peace in Warri. Never again should we clash over our differences; we will always live together, discuss, agree and be better for it,” he said.