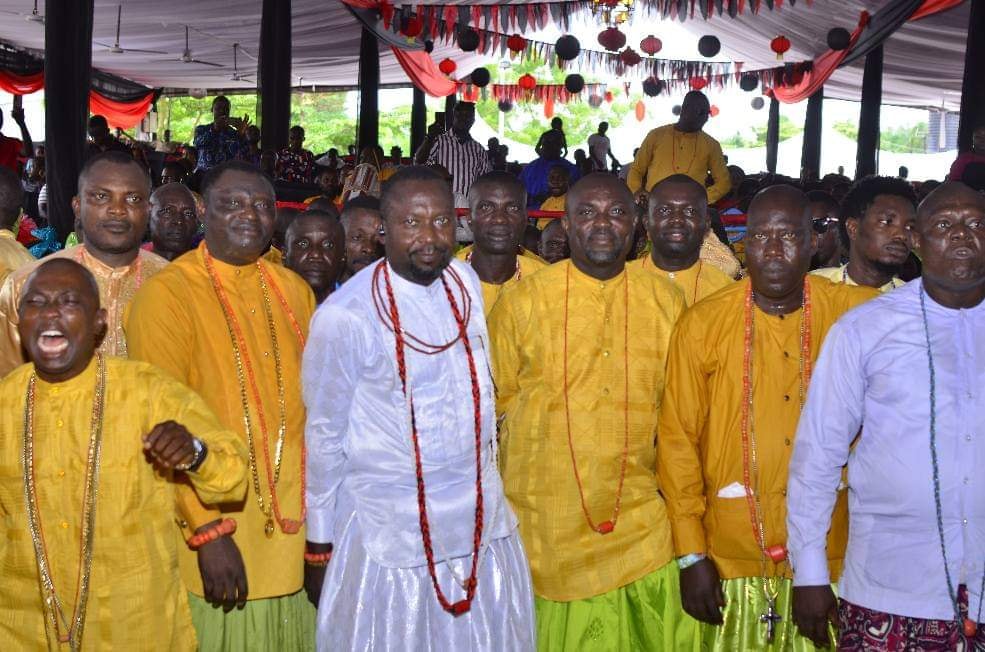 The community has produced notable personalities who are trailblazers in their rights. The first “Black” Mayor in the history of the United Kingdom, Tosan Edukugho – is from Omadino. The first Itsekiri lawyer -Mrs Grace Omagbemi nee Edukugho – is an indigene of Omadino. In Nigeria, there are few persons who have had the privilege to serve as Nigerian ambassador. Interestingly, Omadino is lucky to be amongst those who have produced an ambassador in the person of Amb. Barr. Egremuda.
Another notable personality from Omadino is Mr Emmanuel Ekpoto who owns the first Indigenous Itsekiri radio station (aka Alawari) 102.1 FM. He is from the famous Ekpoto family of Omadino. His radio station has become a major news outlet and source of entertainment for most Itsekiris. Mrs Tetsoma Edukugho is the current principal of the famous Hussey College, Warri. She also hails from Omadino community. There are so many other important personalities from Omadino who have helped in shaping the history of Nigeria.

Omadino community is blessed with a rich and fertile landmass with crude oil. As a result of this, the community plays host to some top International Oil Companies such as Chevron Nigeria Limited, CONOIL,  Nigerian Petroleum Development Corporation and NECONDU. This makes it the richest community in Delta state and arguably the richest in the whole of West Africa.