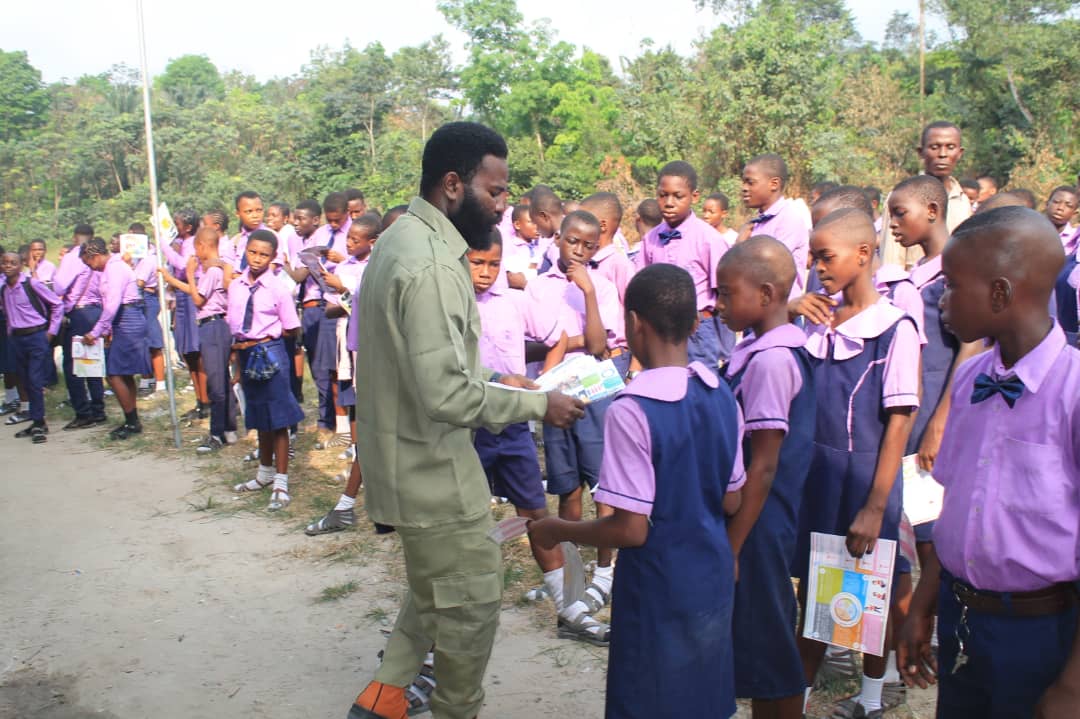 MOTE Foundation in partnership with Moments with Dr Weyoms has organised a menstrual health and sexual abuse awareness campaign in Warri Kingdom for students between the ages of 10 to 16 years, irrespective of gender. This was the first event in a series planned for Warri Kingdom. Starting today at Obodo Secondary School, the initiative is set to be run across multiple schools until April 2022.

A total of approximately 200 school students attended this event with two volunteers, Barr. Oritsetimeyin Moses Otaru and Miss Uwala Tedeye of the Itsekiri NextGen team facilitating the event. The items donated to the students included 300 printed notebooks with information on menstrual health and sexual abuse, 12 cartons of Molped sanitary pads and 80 bars of soap.

According to Barr. Otaru, “It was very interesting as this was the first time such a program was getting to the school. The students were eager to learn and ask questions. It is important to note that they were amazed that “tickling” which they normally refer to as ‘current’ is a type of sexual abuse. We also encountered a girl who was shy to take the pad and had to approach us after the session for hers.”

The campaign aims to raise awareness and improve student’s knowledge about sexual abuse and menstrual health among school students irrespective of gender in our riverine communities through facilitated discussions and sharing of informative resources. Furthermore, the organisers decided to help reduce the level of period poverty by offering a pack of pads and soap to the girls.

The organisers also used this event to commence building a team of volunteers for projects in Warri Kingdom and this is currently ongoing. If you are interested in being a volunteer, please contact Barr Otaru on Facebook.

This campaign was only possible with the help of donors as the team had run a successful campaign for funding online for the pilot phase of the project. The team now intends to run another round of campaign for funding which would help to implement the next round of campaigns at Gbokoda, Ogheye and other satellite communities around them so that we can reach more students in Warri Kingdom with such health education. Please feel free to get in touch if you would like to donate to this cause or like any more information.