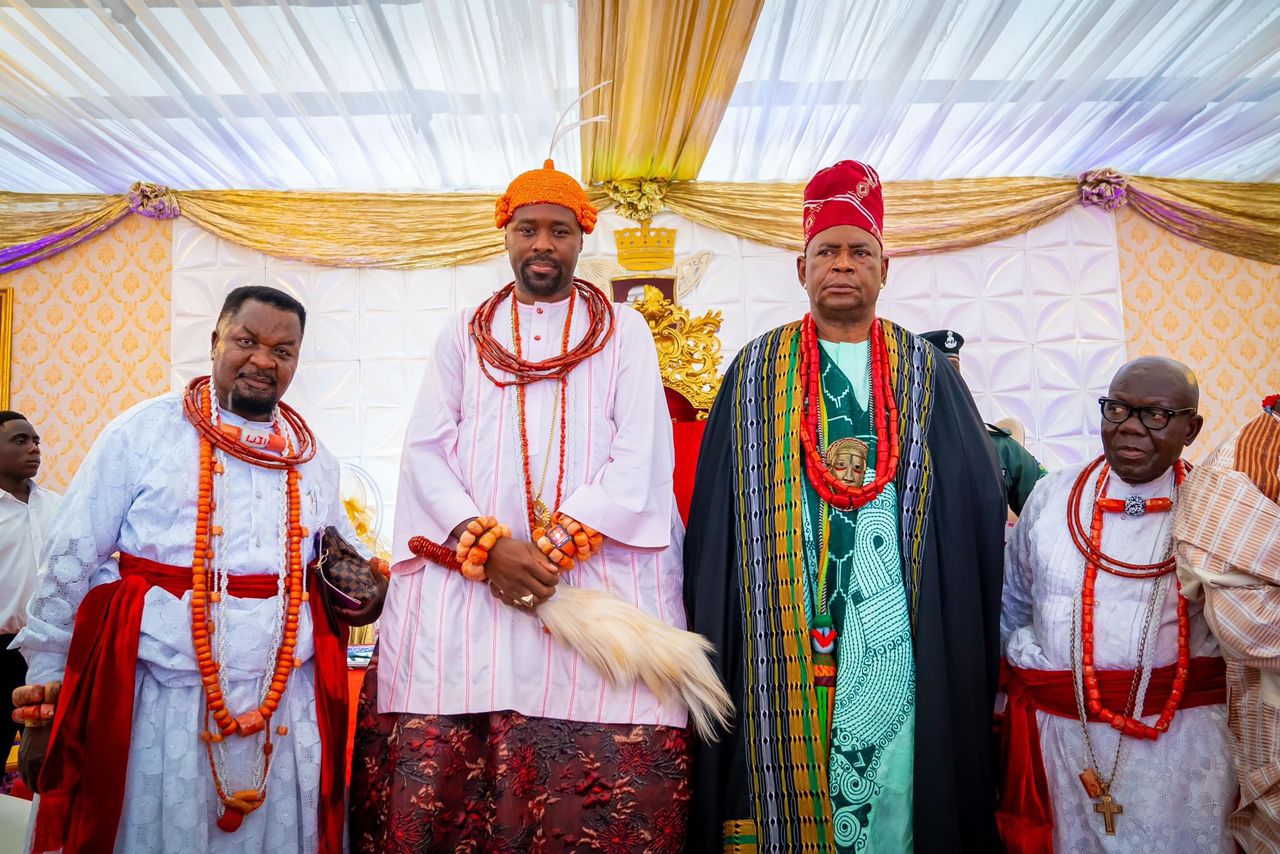 Warri Kingdom has become a tourist centre with the initiative of the Ghigho Aghofen: Riro Aja N’Aghofen (change of watch in the Palace). Since the ‘change of watch in the palace’ was inaugurated by His Majesty, Ogiame Atuwatse III, the Olu of Warri in December 2021, tourists, travel enthusiasts, and various groups have been trouping into Warri Kingdom to catch a glimpse of the rich cultural display.

After three successive aboriginal communities had completed their 3-month ‘watch’ over the palace of the Olu of Warri with Omadino Community rounding-off her watch today, it is now the turn of Okotomu-Irigbo Community in Warri South Local Government Area of the State.

Members of the community thronged Aghofen (Olu of Warri Palace) beautifully dressed in colourful attires to showcase their rich cultural heritage as they assume duty (watching over the palace) for the next three months. The Olu presented a new flag to Okotomu Irigbo community and it was immediately hoisted as a symbol of their assumption of duty (watch over the palace).

As usual, different traditional dance groups from across the six geo-political zones: the Yorubas, Hausas, Igalas, Igbos, Edos, Ijaws, Urhobos, and the Ilajes displayed their rich culture to the delight of the mammoth crowd present.

The 4th edition of Ghigho Aghofen attracted Special Royal presence. The Attah of Igalaland, HRH, Dr. Matthew Opaluwa Oguche and his royal entourage came all the way from Kogi State to grace this epoch-making ceremony in the oil city of Warri. It is worthy of note that Chief Mrs Natasha Akpotu-Uduaghan hails from Igala Kingdom in Kogi State. Mrs Uduaghan is the Kogi central senatorial district PDP flag-bearer for the 2023 election. The Attah of Igala presented kola nuts

to the Olu as a symbol of unity and peace between both kingdoms. In his part, Ogiame presented a model of the Warri Kingdom Royal Boat

to the Kogi monarch.

Hon. Godwin Ebosa back to school project 2022 in Warri North