Temotsi; Marrying as an Itsekiri person under the Itsekiri Custom 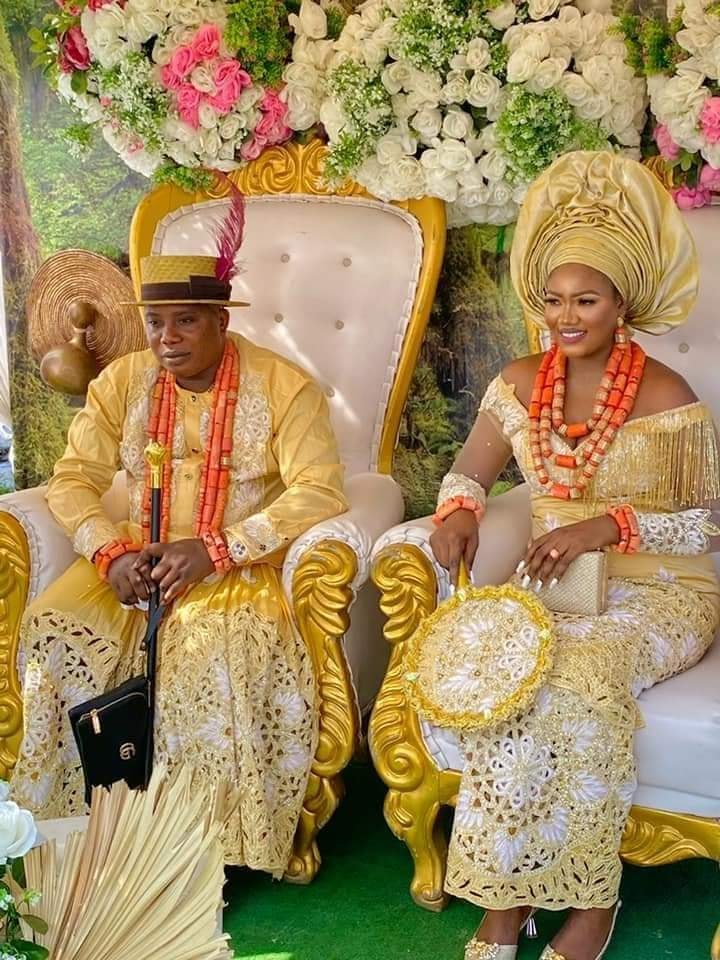 Traditional marriage (Temotsi for the Itsekiri people) or customary marriage is one of the first ordained culturally by God. In the world over, different tribes or people celebrate the union of a couple in varying systems. The Itsekiri people are not left out of this and have a very distinct system of marriage peculiar to the tribe. The Itsekiri people regard Temotsi as a family affair and as such, when an Itsekiri person marries another Itsekiri or someone from another tribe, the believe is that the union is between the families and not just the couple. Temotsi to an Itsekiri family means a single marriage in the life time of the couple as the Itsekiri people do not believe in divorce unless there are challenges that the families could not resolve. There is a lot that goes on before, during and after Temotsi ceremonies, but this article focuses on the before and during the Temotsi. This is to help preserve the Itsekiri Temotsi ceremony online.

Depending on the family, there are up to thirteen stages in the Temotsi ceremony. These are:

Marriage has always existed as a social institution among the Itsekiri people. The rules were quite simple. When a man found a woman that he wanted to marry, his family met with the prospective in-laws, bringing a member of the prospective Bride’s family would accompany them through the introductory process. Having heard the Groom’s request, the Bride’s father would, in turn, summon his relatives and initiate discussions on the prospect of marriage.

Investigation of the prospective in-laws by both families

Once the Groom has expressed interest in a woman, his relatives conduct an investigation of the Bride and her family to ensure that they are of suitable health and character. The Bride’s family also conducts its own extensive evaluation to determine the Groom’s suitability. The investigative procedure is one of the most important aspects of the marriage process. Temotsi in principle is for life and it is considered a union of two families. As such, it can only be performed once during an Itsekiri woman’s lifetime.

If the investigations are successful, contact between the families begins. The Groom’s family proceeds to establish a relationship with the Bride’s family by showering them with gifts. Then the two families have developed sufficient rapport, a spokesperson for the Groom requests an audience with the family of the Bride to set a date for Temotsi. At that meeting, the Groom’s family is entertained with drinks and Kola nuts, after which the marriage requirements are determined, the date is set and important guests, are identified and contacted.

Temotsi traditionally involves a fair amount of theater and flair and, thus, each family will express their wishes through intermediaries or spokespersons (Agbofo fo). As is common in Nigeria, a good host offers drinks and Kola nuts to his or her guests. Kola nuts are typically used in Nigeria as a symbol of hospitality during the marriage and naming ceremonies. Protocol and custom demand that the Groom’s family expresses appreciation and reciprocates the offering.

Itsekiri are unique among ethnic groups in Nigeria because the Groom’s family is not required to pay a bride-price. The bride-price is seen as akin to selling a daughter into bondage.

After everyone has been welcomed, the Groom’s family enthusiastically announces the purpose of their mission, the Emo-Ofo. Emo-Ofo translates to “drink for the discussion or proposal” and occurs following the presentation of a bottle of gin and two Kola nuts.

Hearing that there is a proposal to be discussed, the Bride’s family demands the presentation of the Groom for inspection. One by one, the women of her family will make sure that he has all ten fingers and toes, and that everything else is in working order.  If satisfied with the inspection, the women will issue their approval. Upon approval, the Groom will need to identify and introduce his bride to his family. If the Bride consents to marry, the ceremony can commence.

Among the Itsekiri, legal marriage requires:

Marriage is contracted when prayers are said over Kola nuts and palm wine. The Kola nut and palm wine represent kinship; the gin is for prosperity and success, and the water symbolizes purity in the relationship between the families. The Kola nut and palm wine, in particular, are essential for a proper Itsekiri marriage. The marriage is complete when the Olori-Ebi (head of the family)  raises and places the Bride’s hands in the out-stretched palms of the Groom and of his father eight times. At the last count of eight (Mejo), the Olori-Ebi for the Bride’s family announces, “Di Ojo Nie Ewo,” which means, “It shall be well with you”.

After the ceremony, it shall be made known that the Bride is now spoken for and that all suitors should stay clear.  Unfortunately, not every member of her family may be happy about the union and may take their frustrations out on the Groom by having him kidnapped.

At this point the Bride’s spokesperson will ask, “Oloke Inesin? (Whose Oloke is this)?” In response, the audience will say,   “Oloke <Brides name> ren!”

Itsekiri Culture and Custom is beautiful. Let us know it, own it and celebrate it with pride.

Our prayer is for all Itsekiri marriages to always be blessed with fruitfulness in terms of wealth, health and peace.

Please get a copy of the book “Temotsi Marriage in Itsekiri Custom”.