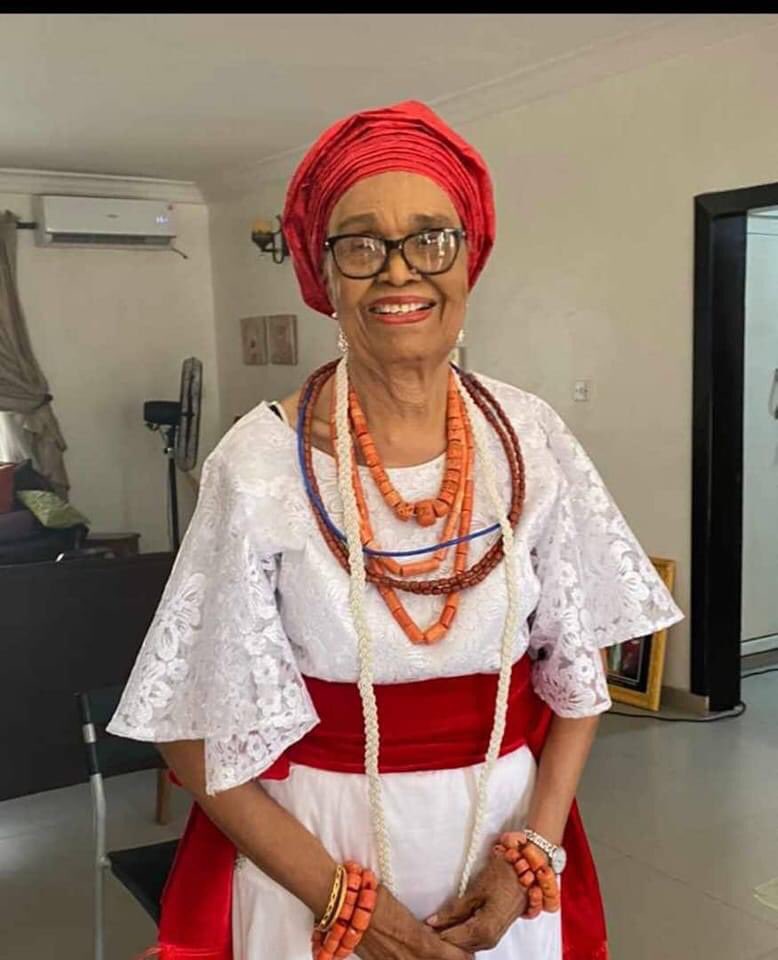 Chief (Prof.) Grace Alele-Williams has finished running her race and departed this world in peace. She was a professor of mathematics education, who made history as the first Nigerian female vice-chancellor at the University of Benin and first Nigerian woman to receive a doctorate. Until her death, Chief Prof Grace was an Itsekiri titled Chief with the title, The Utukpa Iwere of Warri Kingdom. This title translates to the “Light of Warri Kingdom”. Prof was a light not only to the Itsekiri Nation but Nigeria and the world at large. She broke several records which are captured below.

Life as a Mathematician

Her interest in mathematics education was originally sparked by her stay in the US, which coincided with the Sputnik phenomenon. Working with the African Mathematics Program in Newton, Massachusetts, under the leadership of MIT Professor Ted Martins, she participated in mathematics workshops held in various African cities from 1963 to 1975. Highlights included writing texts and correspondence courses covering basic concepts in mathematics, working in concert with leading mathematicians and educators. She taught at the University of Lagos from 1965 to 1985, and spent a decade directing the institute of education, which introduced innovative non-degree programmes, with many of the certificate recipients older women working as elementary school teachers.

Alele-Williams was appointed the first female vice-chancellor of a Nigerian university in 1985, and she believes her appointment at the University of Benin, which ended in 1992, was a test case to demonstrate a woman’s executive capability. Among her honors are Fellow of the Mathematical Association of Nigeria, Fellow of the Nigerian Academy of Education, merit award winner of Bendel State in Nigeria, and regional vice-president for Africa of the Third World Organization for Women in Science” (Science in Africa: Women Leading from Strength AAAS, Washington, 1993, p.174). It may be added that professor Alele-Williams was chairman of the African Mathematical Union Commission for Women in Mathematics.

She has held and served in various capacities. By serving in various committees and boards, Alele-Williams had made useful contributions in the development of education in Nigeria. She was chairman of the curriculum review committee, former Bendel State 1973–1979. From 1979 to 1985, she served as chairman of the Lagos State curriculum review committee and Lagos State examinations boards.

Alele-Williams was a member of governing council, UNESCO Institute of Education. She is also a consultant to the United Nations Educational, Scientific and Cultural Organization (UNESCO) and Institute of International Education Planning. For a decade (1963–73), she was a member of the African Mathematics Programme, located in Newton, Massachusetts, United States.[4] She was also vice-president of the World Organisation for Early Childhood Education and later president of the Nigeria chapter. In 1974, Alele-Williams published a book titled Modern Mathematics Handbook for Teachers.

After serving as the vice-chancellor of the University of Benin, she joined the board of directors of Chevron-Texaco Nigeria. She is also on the board of HIP asset management company limited, an asset management company in Lagos, Nigeria. Alele-Williams was a force to reckon with in the dark period for Nigeria’s higher education. Then, the activities of secret cults, confraternities and societies had spread within the Nigerian universities especially in University of Benin. She made valuable impacts, with combination of courage, ingenuity and strategy that the growing tide of cultism was stemmed in the university. A task which many men had failed, she was able to make notable contributions.

She has a special interest in women education. While spending a decade directing the institute of education, she introduced innovative non-degree programmes, allowing older women working as elementary school teachers to receive certificates. Alele-Williams has always demonstrated concern for the access of female African students to scientific and technological subjects. Alele-Williams was the first president of the African Mathematical Union Commission on Women in Mathematics.

Alele-Williams married Babatunde Abraham Williams (b. 1932) December 1963, not long after returning to Nigeria from the United States. Williams was a political scientist who, at the time of their marriage, was a senior lecturer at the University of Ife, Osun State. As of 2017, Alele-Williams has five children and ten grandchildren.

Alele-Williams received many awards and honours. She received the Order of the Niger in 1987, and was elected a Fellow of the Mathematical Association of Nigeria and a Fellow of the Nigerian Academy of Education. She won a merit award of Bendel State in Nigeria, and served as regional vice-president for Africa of the Third World Organization for Women in Science. On February 28, 2014, she received the centenary award.

On the 30th of September 2016, the then Olu of Warri, Ogiame Ikenwoli decorated her with the Chieftaincy Title of The Utukpa-Iwere of Warri Kingdom, Alias Oluebeje for her trailblazing contribution to the Itsekiri Nation and projecting the light of the Itsekiri Nation to the world. Indeed, she was a rare gem.